A circle of bowed heads and frosted breath stands in silence to honour Tina Fontaine and her family.

It’s a seasonably mild Dec. 11 in Winnipeg and Meet Me at the Bell Tower is holding their weekly meeting on Selkirk Avenue in the city’s North End.

Fontaine, 15, has become a tragic symbol of the shameful legacy of murdered and missing women and girls in Canada. The discovery of her Aug. 2014 death has heightened calls for better protection of some of the country’s most vulnerable.

One local group has heard those calls: As the bell tower group meets, a lineup of yellow vests stands nearby, watching over those gathered.

North End resident James Favel stood among them. He revived the citizen patrol after Fontaine’s body was pulled from the Red River, wrapped in a duvet cover.

“It was such a brutal thing that happened to her,” said Favel. “It was a tipping point for me and the whole community.”

The patrol left to walk the streets after the bell rang out.

“It’s bittersweet,” said Favel of the news that the Winnipeg police charged Cormier. “We need more successes to establish a pattern of behaviour and commitment to these cases to really undo the legacy of neglect.”

A few weeks earlier, Favel and his group stopped a young girl from being introduced into the sex trade. They ran into the 13-year-old late on a Friday night with two older women on the street. The teen stayed behind with the patrol.

“Right away she started crying,” said Favel. “Telling us she didn’t want to go with those people because they were going to do something bad.”

According to Favel, the girl said the women were about to introduce her to a man in his early twenties with the intention of “pimping her out” for the first time.

The patrol found the girl’s grandmother and got her off the street. The police followed up on what happened to her, Favel noted.

“The sexual exploitation of our women and children is a serious problem,” he said.

The young girl reminded him of Fontaine, who was allegedly a victim of human trafficking when an older girl introduced her to the sex trade before she was killed.

The patrol, walking down Jarvis Avenue where James Favel said there is “a lot of traffic down here for the fact that nothing’s open. Single male over 50 – that’s a common denominator around here.” / CHLOE ROSS-ROGERSON

The Bear Clan Patrol works with volunteers from all over the city to try and prevent crime and help vulnerable people they encounter.

Heather Baril patrols every Friday night. She grew up in Charleswood and said she hadn’t had much first-hand experience with the North End.

When I grew up it was like the Lion King,”
said Baril on her perception of the North End.

“When I grew up it was like the Lion King,” Baril said  on her perception of the North End. “You’re looking at the dark part of the field and Simba’s dad said you must never go there.”

The first time she spent time in the North End was when she dropped off a donation to Althea Guiboche, dubbed the ‘Bannock Lady’ in the local media for her habit of making and giving out the staple to the homeless and hungry.

As Baril’s involvement in the neighbourhood grew, so did her perception of what the area is actually like.

“You don’t see all the grassroots work.”

Baril admits the North End has its problems, but said there exists a community worth getting to know and doing their best to better.

“It’s not like crime is restricted to the North End,” she said.

During their first patrols, they said people they met on the street didn’t welcome them, but now that the community knows their faces, things have improved.

“They know we’re here to support them as much as we can, to keep an eye out for them,” said Baril.  But their reach only goes so far.

They haven’t been invited into some North End neighbourhoods like William Whyte.

They find that crime sometimes migrates to the north side of Selkirk Avenue. They won’t venture into other areas until they are invited and have established a relationship with the area, said Favel.

“It just moves from our area over to that area and that’s not productive,” said Favel.

The patrol has a good standing relationship with police. They’re working together on an anti-gang strategy and have connections with its counter-exploitation unit.

Even with their relationship with the police, the citizen patrol is sometimes seen as a vigilante group.

Favel said their goal is “to make sure the people on the street are safe in the time that we’re there.”

Downtown, the West End and Centennial areas (police District 1), along with the North End (which is a section of District 3) accounted for roughly 75 per cent of all homicides.

Eighty-five of the 760 homicides that occurred were in one patrol area (1301), located in the heart of the North End. 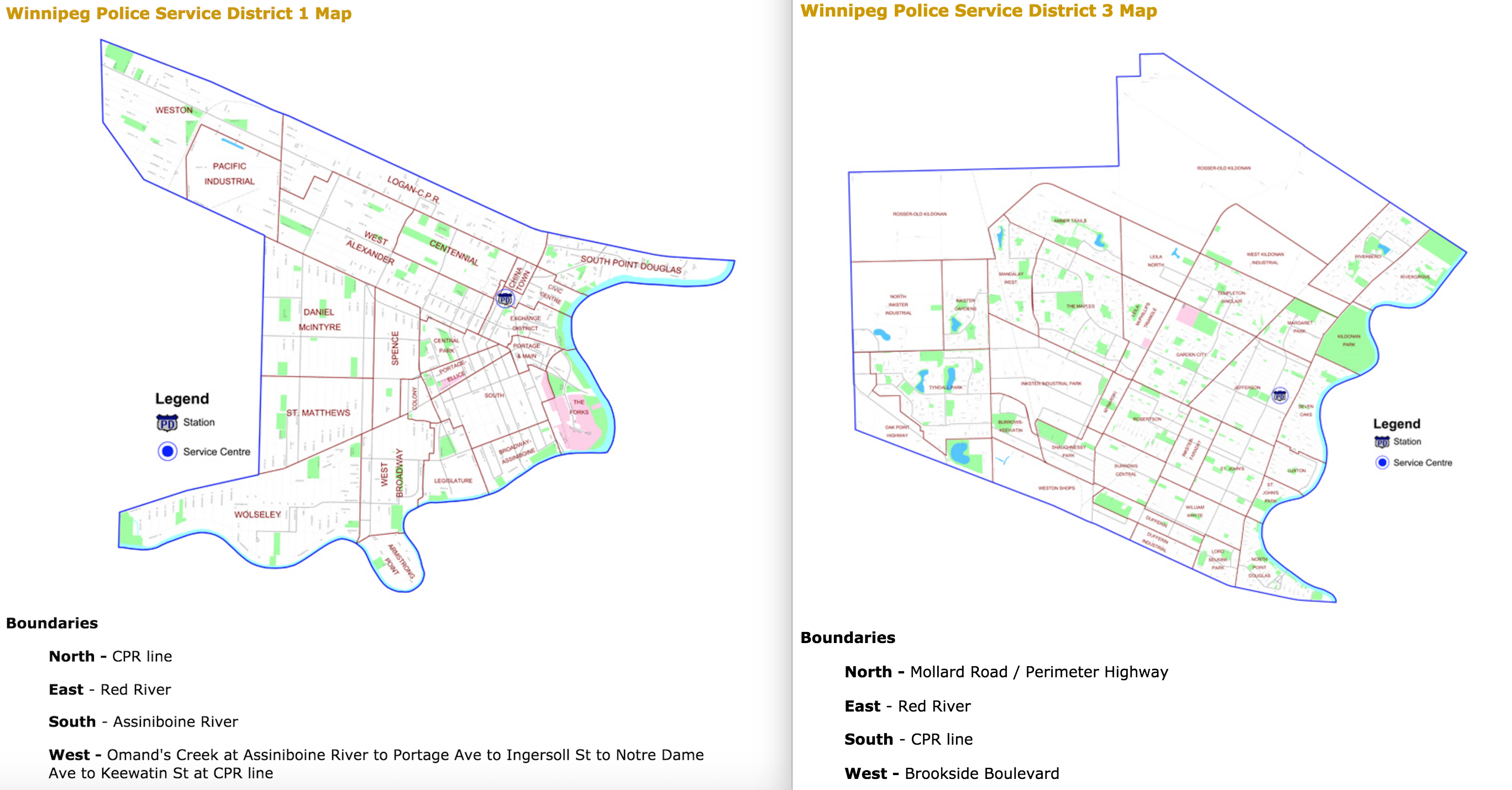 Favel bought his property on Stella Avenue, which is in District 3, back in 2009.

It takes a certain type of person to live in the North End and flourish, he added.

The Bear Clan Patrol will continue to walk most North End streets every Thursday to Sunday from 6 p.m. to 9 p.m. The hope is to expand their hours and reach in the new year.

The patrol is also finishing a policy manual that they’ll be able to share with other communities across Canada who are looking to start a similar venture of their own.

They’ve already had calls for information from Labrador, Saskatchewan and B.C. on how to start their own citizen patrol, Favel said.

The Bear Clan Patrol will continue to walk most North End streets every Thursday to Sunday from 6 p.m. to 9 p.m. / CHLOE ROSS-ROGERSON

For more stories behind the perceptions of Winnipeg’s North End, check out beyondtheunderpass.ca